Paul Rowland snapped the haunting image in the Regency Room of Plas Teg, a 17th-century manor believed to be one of Wales’ most haunted places.

It’s the room where the builder of the house, Sir John Trevor, who served in the royal household under Charles I, is thought to have died.

The snap was taken using a specially-built ultraviolet blue pulse lighting system mounted on top of his camera.

Paranormal investigator Paul said that the gadget was designed to emit light at varying frequencies, which would occasionally “become harmonic” with a ghost or spirit and reveal their image. 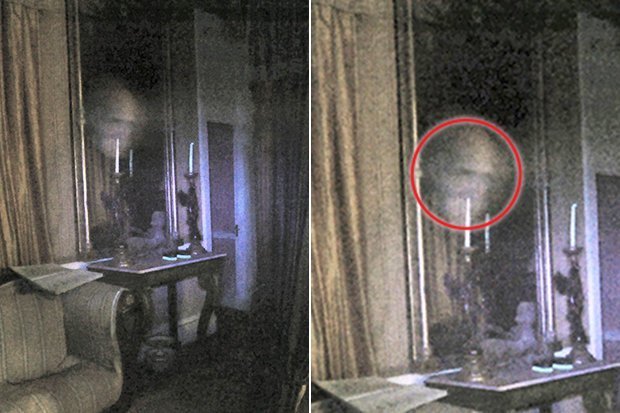 Paul explained: “The story is that his wife was killed in mysterious circumstances and he drove a horse and trap around the gardens of Plas Teg at high speed, and eventually was thrown off.

“He lost his wits I suppose, but he took rather a long time to die as a consequence of the accident.

“The room is supposed to be where he lay as he died but he took about a month to die.”

Mr Rowland, who lives close to Plas Peg, said he felt a presence in the room but didn’t spot anything with the naked eye before he captured his image.

He thinks he has a connection with the so-called ghost after being born in one of his houses, Trevalyn Hall. 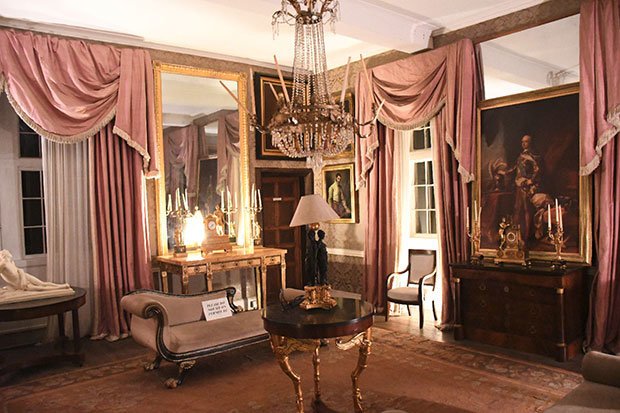 EXPOSED: He took the picture in the Regency Room of Plas Teg, a 17th-century manor (Pic: MICHAEL HAVIS)

Paul added: “From all my investigations over the years I’ve got no doubt whatsoever that ghosts exist.

“They don’t exist around us all the time and there are not lots and lots of ghosts around.

“I believe they usually haunt a building for a specific reason – that can be due to the loss of their life through a tragedy, or because they want to pass on a message, or that the spirit was so happy in the building that they stayed there

“But they only make themselves known to certain people at certain times.”